Despite the significant correction over April-June, 2013 was a very strong year for North American softwood lumber prices: the Random Lengths Composite price averaged 15% higher than the pre-collapse 2001-2008 average, and finished the year 23% higher than it typically had been for the final week of December, even during periods of much stronger markets. 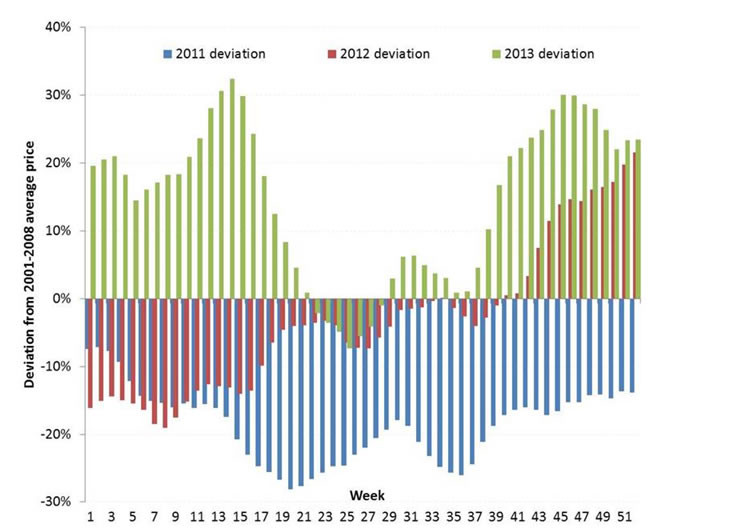 Softwood lumber pricing was very poor in 2011, 19% below long-term average prices. It is clear from the figure that prices began to recover in earnest in the spring of 2012, eventually surpassing the long-term average and continuing to increase well into 2013. The mid-2013 price correction is clearly visible, but it is important to note that prices are once again trending much higher than their long-term averages; indeed 2013 even surpassed 2012 in terms of pricing strength. Prices are expected to cool somewhat over the first few months of 2014, but given the relatively disciplined response by producers to the high prices that have now been generally sustained for 18 months, there is little reason to expect a significant price decline while demand continues to expand.