With declining population and size threatening the survival of eastern white pine as a naturally occurring species in Newfoundland, scientists at the Canadian Forest Service’s Atlantic Forestry Centre have been conducting a study to help identify seed-source strategies that may be effective in a changing climate.

The researchers compared six populations of eastern white pine from Newfoundland and Ontario, planted in three silvicultural treatments at the Petawawa Research Forest near Chalk River, Ontario, as part of a white pine weevil incidence study. Three of the populations were from seed from the small, isolated stands in Newfoundland, and three were from seed from lower-latitude locations in Ontario. The average latitude difference between the Newfoundland and Ontario seed provenances was 3 degrees. 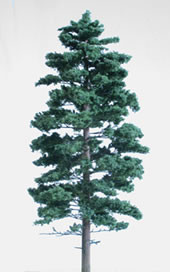 This finding could be the basis for seed selection to improve tree growth and adapt to climate change. Moving seed sources northward by 1 degree in latitude could potentially delay budset by approximately four days and increase growth by 8%. Generally, white pine is tolerant to freezing and can be moved about 2 degrees northward in latitude without significant damage. 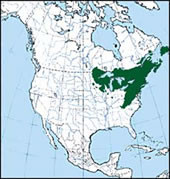 To maximize the fitness of tree populations in a changing environment, especially for smaller or fragmented populations, an assisted migration strategy could include mixing seed from local sources with seed from more southern sources.

For example, to help restore white pine populations in Newfoundland in the context of climate change, white pine seed from slightly more southern sources could be mixed with seed from local sources. This would provide increased genetic diversity and adaptive trait variation for natural selection, and an increased probability of producing a more fit population.